Hi, it’s me again, not reviewing films on my film blog again. I’d like to keep the thing active though, so I’m turning my critical creation into its own source of content for over-analysis by delving into the depths of my ‘Site Stats’ to see what crazy demands people have been making of Google (or their country’s equivalent – I get people from Kuwait and Burkina Faso on here), and will attempt to work out why on earth those searches led them to Movie Quibble. I’ve heard of this sort of thing being done before; it’s usually by YouTube channels mocking their mongoloid video commenters, but it works just fine here and gives me the justification I need to let my fingers out for a bit of keyboard pummelling in the prison yard.

Ok, so I’ve trawled through about fourteen months of statistics to find the most amusing search terms I could. If they made me laugh out loud or left me quaking in terror they made it straight onto the list, and there are a couple that had me doing both so that the stalker behind me didn’t think I was onto them. They’ve all been broken down into vaguely logical categories for your difficulty of use. Enjoy.

Unfortunately for you – although probably just as well for my own sanity – any search term that is used via an ‘Incognito’ browsing window comes up as ‘unknown’ on my statistics page. There are over 10,000 of these, and I will never know what they are. Below are the people that don’t yet know about anonymous Googling.

word to trigger nymphomaniac – They aren’t dogs, you savage.

giant rocking penis – I’m aware this was probably a search for the Clockwork Orange prop. I hope.

nymphomaniac but you’ve fucked thousands of men – You got it, mate. Ended up on the same web page anyway, though.

Middle-Internet is awash with Tolkienites who, much like myself, absolutely hate the Peter Jackson Hobbit film trilogy. Please sign on to an organ donors list today and help give one of these poor souls their childhood back.

desolation of smaug is a piece of garbage

run time cast of the hobbit desolation of smaug

that feeling after watch tge last sequel of the hobbit 2

is the hobbit desolation of smaug worth seeing

where does smaug fit chronoligically

the hobbit the desolation of smaug nothing like the book

the desolation of smaug best time to use the restroom

Olivia Wilde is an extremely good actress, and she has by far the largest percentage of Movie Quibble visitors in terms of celebrity name searches.

Even Terry Gilliam has since admitted that his film The Zero Theorem ‘is what it is – a bit like life, really – an experiment’. Ah, now it’s obvious! He purposely made the ending (and basically the entire rest of the film too) mind numbingly ambiguous so as to reflect the insanity of reality and the uncertainty of death. Guess it’s not a jumbled mess after all….

explain the ending of the zero theorem

I understand these people. They aren’t crazy. Just curious.

who is the hustle actors first name and goes by the surname warren – Marc.

will nosferatu leave you scared at nigh

Just what I like to see in a film fan – a bit of passion.

v for vendetta is bigoted

Speak for themselves, these ones.

holiday – commend about this filim

wo.fman with dionisio del toro cast – This one strikes me more as a drunkard. There were many, many, many drunken and misspelled queries in the back catalogue of my blog stats – most of them probably the result of petty disputes about pop culture in bars – but the overwhelming majority were boring and a little bit sad if the truth be told. Don’t these people know what IMDb is?

how high is godzilla

wampa horns – Twelve searches! Is this a sex thing?

why is shia labeouf called a cannibal – Here is why. And this.

rebecca hall looks like wiley wiggins – Good call; I thought the very same when I first saw Dazed and Confused.

Let’s have a side by side comparison. 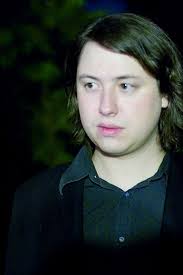 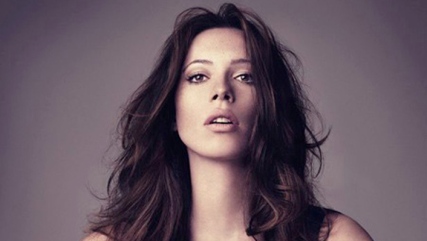 Just as I suspected. I. Fuckin. Dentical.

‘Stay Away. Stay Away from Here!’