More filler for you! That’s right, instead of writing about film as a person who writes about film should, I’ve opted for an inherently valueless cop out. Which means it’s time for part two in the ‘Scarily Specific Searches’ saga. The first was about six months ago, so perhaps this should be a bi-annual series, which is roughly the amount of space needed for Movie Quibble to snare enough anonymous weirdos in its search engine-tracking web and then make fun of them. Please now see this list of terms people put into Google (or, eh, Bing? Yazoo?) which led them to clicking on my infrequently updated blog.

As before, they’ve been nonsensically categorised.

what waterfall did they go over in the indianajones movie the crystal skull – Fellow waterfall enthusiast, eh? Welcome!

movie where guy slams phone hang up – A rare (but yet textbook) instance of the  non-specifically specific film search.

enable of darkness all movie

the hobbit middle finger – Nah, you put the ring on the ring finger mate, if you see how that works.

movie about a concrete salesman – Like watching concrete dry, that film.

best underdog movies – Not messing about, this one. Only the finest will do.

best sports movies about underdogs – Don’t swap the sentence around. It’s the same thing, you can’t trick me.

underdog a sport movies – Just the one sport? But which one?

best ten underdog movies – Nice try with the different wording, there. Underdog has 14% on Rotten Tomatoes watch it.

What the actual hell?

what the actual hell – iknowrighhhhht

can you buy dish props from movies – Out of luck, pal. Bowls and clay decanters exclusively.

leprechaun gold coin movie prop – It chills my spine to learn that a human actually wishes to purchase this item. Worse, that it might not be a human at all. It might be the leprechaun himself, hunting down the last of his scattered booty! Then there will be rainbows all over and everyone who sees them will be subjected to brutal gay hazing. 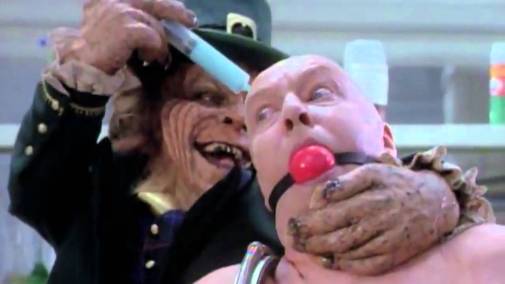 back alley hoe’s volume 915 poen – This search came over a month later than the one above.

bad lieutenant penis – Finally someone acknowledging the film, and not just one of its appendages. Abel Ferrara probably felt he’d been shafted until now.

the actor on undesputed 2/3 naked. – They put a full stop. A full stop. As though they’re just announcing the concept, not looking for the picture. Which may or may not exist, haven’t looked.The picture below does not mean I looked.

black mirror prime minister office – This came right in the wake of David Cameron’s #piggate #snoutrage incident. Lord Ashcroft had better not be telling porkies, because this is no truffling matter…

expendables liquor – Whoever put this in no doubt came across my Expendable’s drinking game, and has since died.

robocop 2.6 billion – Exactly what I’d pay to have the remake version erased from my memory. As well as all physical and digital copies, press releases, props, actors, the directors, the crew, everyone, everything destroyed. Incinerated. Annihalated. Obliviated.

christopher nolan plagiarism – Presumably this threw up around 10-15 million hits. The man’s pure scum, a fraud all the way from his unclipped toenails to the tip of his unconvincing wig. More like The Dark Piece of Shite! Memento?  How about Me-Meant-To-Make-An-Original-Film-But-Instead-Copied-Every-Other-Film-Ever. Inception is LITERALLY about climbing inside of other people’s minds while they sleep and stealing their ideas from them. How much more obvious could it be, Christopher? Is that even your real name? You’re a fraud! What have you to say for yourself?

Don’t sip your tea. It won’t buy you any time.

You’ve gone for it anyway. I know you finished that tea five minutes ago, Chris. There’s nowt but dregs in there. 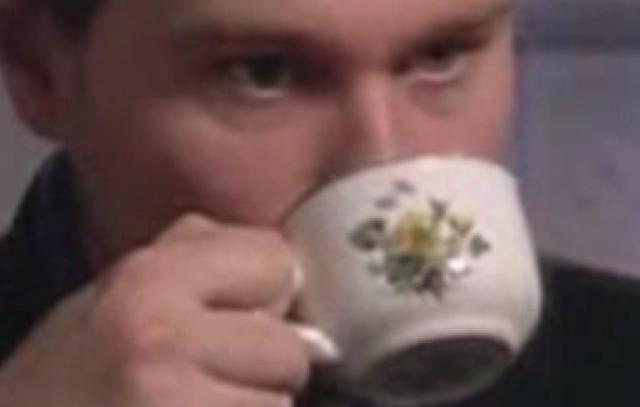