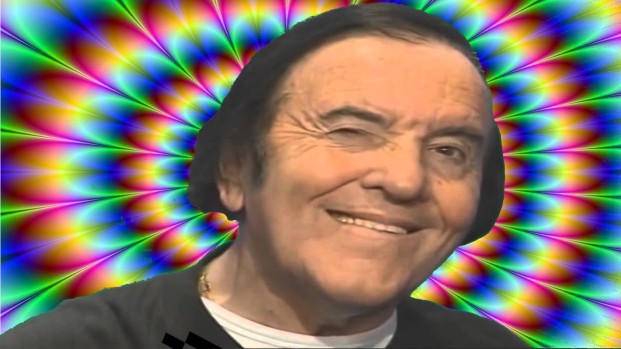 In the winter of 2014, The Mancunion student newspaper ran a piece – written by me- about the YouTube craze of montage parodies, or ‘MLGs’, as less informed scrubs referred to them. The feature outlined the ins and outs of the MP movement – its origins, its exponential growth, and some edgy projections for the future of meme-based video mashups as a professional pursuit for those that could make the cut. Could it be an Olympic sport one day? At the time, it seemed more than likely. The article, titled ‘WOW! Make Way for the (ML)G-Unit’ went – as the millennials say – viral, becoming the most viewed post on The Mancunion’s website by raking in exactly 420, 069 views in a matter of days. Give or take roughly four hundred…thousand…and…sixty…………………….. five, plus four. It got around 20,000 hits, basically. 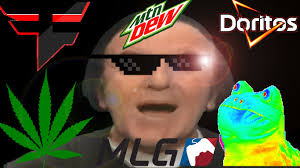 The reason this piece is being raised from its resting place in the murky swamps of the internet of two Christmases past is that the article title’s prefix and featured image were a quote and a picture, respectively, of a legendary montage parody meme, ‘Wow Guy’, who has just passed away aged 83 on the 6th of February 2016. Wow Guy’s real name was Eddy Wally (or Eduarde Van de Walle, for long), and he was quite the distinguished fellow.

At the time of that dank analysis’ publication, Wally’s grinning, winking face had became inseparable from the identity of the montage parody community. In the period of May 2014 to February 2015, when the form was at its most   popular, thousands upon thousands of videos were uploaded  to YouTube which bore the #MontageParody and #MLG tags. Of those montage parodies, at least 91.1% contained the iconic Eddy “Wow” Wally MLG meme, normally through use of the default green screen version seen below.

The ‘Pop up, ‘Wow’, Wink, Grin, & Exit’ clip isolates Eddy Wally’s broad, smiling face from its original location, which was some kind of travel Vlog diary the man had put together on one of his many world tours.

Well, I’m glad I asked. What most Eddy Wally fans do not know about their cheeky winking hero is that he was also an internationally acclaimed crooner, multi-talented entertainer, and raconteur. Born in Flanders, Belgium, the charismatic Flemish singer/songwriter began his professional stage career in 1959 and proved an immediate hit in Western Europe, especially with the region’s female populace. His double-platinum selling 1966 anthem,’Cherie’, cemented his reputation both as a ladies’ man and a consummate musical professional. He walked the walk, talked the talk, winked the wink, sang the song, and wowed the wow. In a short number of years, Eddy Wally became to Belgium and France what Cliff Richard was to the South (and some bits in the East) of England. 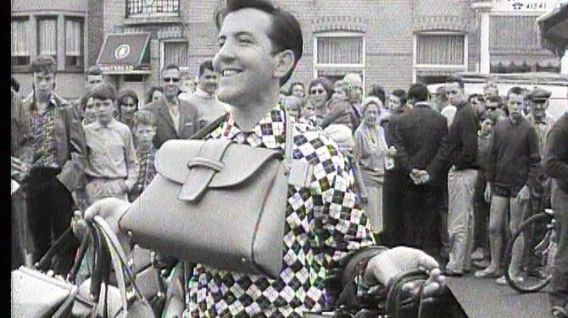 Eddy Wally carrying the bags of all the ladies in town. A true gentleman.

Dressing like Liberace crossed with the Child Catcher from Chitty Chitty Bang Bang, Wally swaggered his way around stages all over the planet, performing an ever widening canon of hits year after year. Like any artists he had his highs and lows – including some serious health scares – but, even if his career wasn’t all a dream, he never let this show on the exterior. All smiles and charm, he was beloved by everyone who came across him. He was so nice, in fact, that one begins to wonder if he wasn’t hiding something.

Eddy Wally, in his favourite pajamas.

Stints on UK pop culture TV show Eurotrash in the 80s pushed Wally’s name out into British homes – and, indeed, hearts – as did his numerous interactions with the Eurosong/Eurovision competitions throughout the decades. With an unwavering fanbase standing firm beneath him since the late 1950s, the talented Belgian also decided to proclaim himself ‘The Voice of Europe’. From what source he found the gumption to do this is a mystery, but apparently no one objected. And so the grand moniker went unchallenged, and would precede his name in all of his public introductions. In the mid 1990s Eddy’s career took an unexpected turn as he delved into the dizzying world of House music disk jockeying (‘DJ-ing’), pumping out a series of beat-heavy bangers, plus a few laser-fried remixes from his back catalog.

No one could have predicted the final surprise twist in Eddy Wally’s illustrious life story, least of all him. How did Eddy Wally become a living meme/internet god? You’ve got no clue, but Google Search does.

No one knows why, in the year 2007, an unknown YouTube account holder called djvensterke2 uploaded a seven second clip of Eddy Wally saying “Wow” and then winking and exiting the screen to his left (the viewer’s right)  but the fact is that he/she did. Wally’s ‘Wow’ would pop up now and again in the following years, but it wasn’t until its notable use by YouTubers h3h3 productions – currently the most ‘exe.citing’ channel on the video file sharing website – that the Eddy Wally ‘Wow’ became mainstr-meme.

The video in question, titled ‘vagina lips wow exe ft Eddy Wally’, saw Ethan Klein of h3h3 manipulating Wally’s voice and face over footage of a nutritionist giving a presentation before a crowd, in such a way as to humorously direct attention towards an unfortunate side effect of her ill-fitting outfit. This was done in a satirical and harmless manner. It was but a goof,  yet was removed from YouTube on the basis of its sexual explicitness, despite much more graphic content (i.e Ainsley Harriot rubbing his meat) going untouched. Here is a reupload of the video that made Wally’s Wow what it is today.

And you know the rest. Soon, Wally was everywhere. And now, even after his deeply saddening death, he still is. His life’s work brought joy to millions, and it’s only right that we pay tribute in the wake of his passing. The world has lost a number of great souls in the last month, but I felt the need to eulogise this man because of how very little the people that ‘know’ him actually know about him. They probably weren’t aware, but they were doing him a disservice. Now, they can appreciate him as a human being, not just a human meme. But what a meme he was! Even if Eddy Wally’s lasting legacy ends up being a seven second clip of himself smiling at a camera, winking, and sidling off out of view rather than his staggering musical achievements, that’s still a hell of a lot better than nothing.

Now, for some songs. This first little number is Dans Mi Amor, on which Eddy Wally tears it up on the decks large style. Listen out for DJ Wow’s trademark vocal expression of amazement at the 2 minute 40 second mark. Wink and you’d miss it. “WOW!” ;¬)

And why don’t we end on a fist pumping House r-r-r-r-refix of that timeless classic. 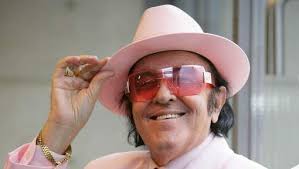